Why Dumpster Diving is a Skull & Bones Club 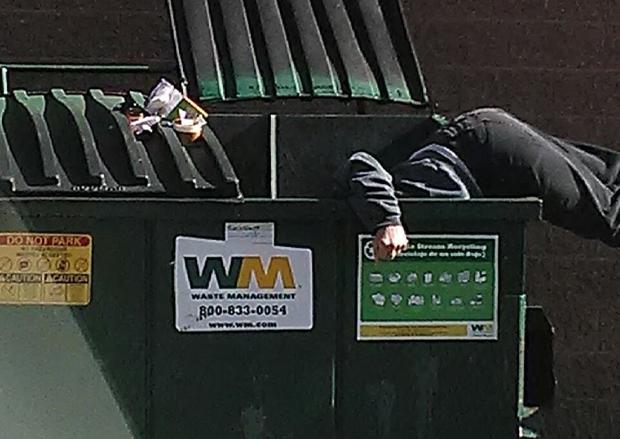 Call it a secret society.

They move quickly, and quietly, diving into dumpsters, grabbing their treasures and taking off. The dumpster diver community in New Jersey has grown significantly over the past 10 years but it is still unknown to many.

And that’s good, dumpster divers say. Too many people have caught on to the practice, avid divers say, and now they struggling to make the money they used to in the 1980s and 90s. The older generation blames the newer members of the community, claiming their online advertising and promotion is flooding the market.

NJ Advance Media interviewed several people who say they are divers, but most did not want to speak on the record, because they said they feared others would criticize them for promoting themselves. Others thought the police would be more likely to monitor them if they went public.

Those interviews, however, shed light onto the secret world of dumpster diving in New Jersey and how some people say they can make hundreds of thousands of dollars a year jumping through the garbage.

What is dumpster diving?
Dumpster diving is a practice where individuals seek out items thrown away or recycled to either consume, use or resell.

People who dumpster dive do so as a hobby, as a way to make extra money, or as a full-time profession.

The practice of dumpster diving has been known to people living in New Jersey for decades, said James Jugan, 52 from Willingboro. Jugan is an avid diver who said he began selling recycled products in New Jersey in the 1980s.

What items do dumpster divers look for?
Divers in New Jersey look for anything they can sell.

Some divers look solely for packaged food – sauces, beans, vegetables and even bread. Many of those who dive for food are part of the Freegan movement. A freegan (the combination of “free” and “vegan”) is someone who salvages food waste for consumption rather than buying food from the store.

Other divers jump in dumpsters in the back of electronic stores, hoping to find recycled video games or cords.

“They have standing inventories and instead of keeping them on the shelf and paying taxes on them, they throw them in the trash,” he said. “I used to be able to make several stops a day at those places and fill up my car.”

What is the best product to sell?

Jugan and others interviewed for this story said high end recycled makeup is more valuable than other products, he said. When stores throw out their inventories, many of the makeup tubes and cases have not been opened or used, they say. All divers need to do is clean and sanitize them for sale.

“You spend hours like mad scientists searching. You can be amazed how you can make these things submerged in nasty stuff look like it came off the shelf,” Jugan said, adding that he sells expensive makeup at 25 percent of the retail price.

How to be the best in the business

They cannot take a day off if they want to make real money. It also takes a lot of practice, he said, adding that people need to find the dumpsters with the best products in their area.

Sometimes other divers catch on to another person’s diving spot and get to the products first.

Diving also takes a lot of agility and strength, he said. It requires individuals to move quickly and hop in and out of the dumpsters without falling. Staying fit and agile helps. 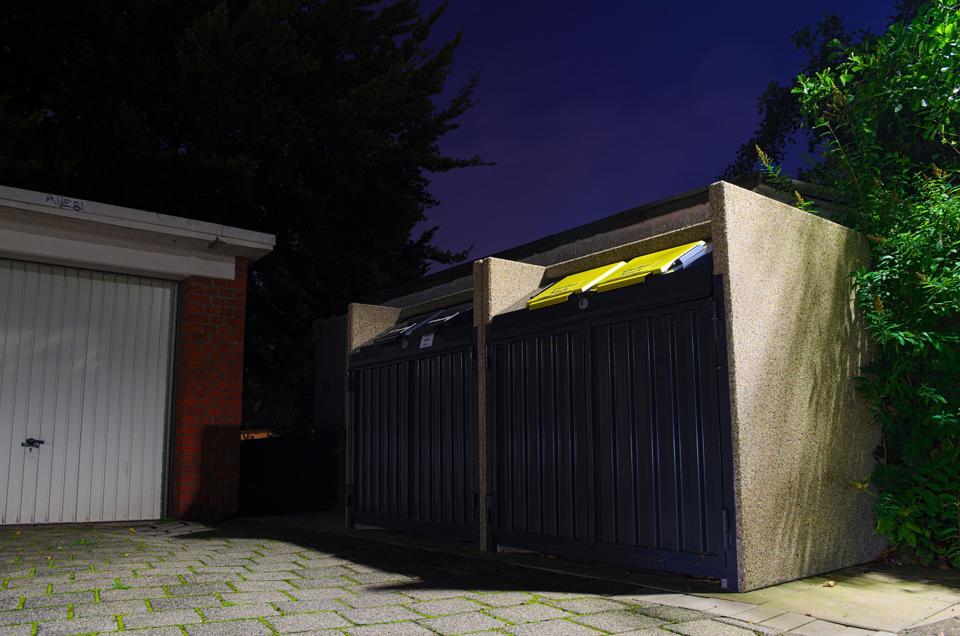 (Dirk Duckhurn | Flickr)
How can I learn more about dumpster diving?

Dumpster divers in New Jersey are secretive about their businesses, mostly because they do not want more people to find out about their hotspots.

Several divers were interviewed for this story but did not want to give their names because they feared the police would crack down on their regular diving sites.

One woman said diving was her only source of income and that any additional attention on her usual sites could disrupt her ability to pay rent. Others said they had been ticketed by the police and were nervous that of additional crackdowns.