The City of Gatineau employees are now official Dumpster Divers 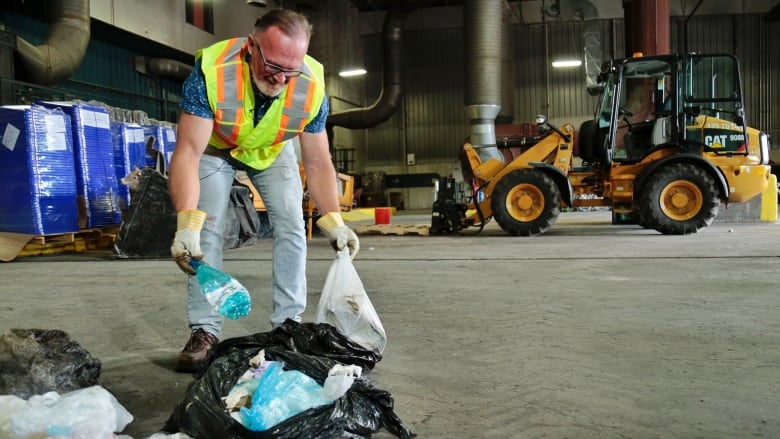 The City of Gatineau went dumpster diving on Friday, hoping to show residents just how much compostable and recyclable material ends up in the city’s landfill.

“This is all recycling — or almost,” Riopelle said in French, sorting through the bag. “This was all going out to the dump.”

“That’s just two bags among all the bags we pick up in a week, so it all adds up.”

New composting rules are set to take effect across Gatineau on July 15, with the city urging its residents to divert compostable and recyclable materials from the city dump.

Every Gatineau homeowner has had a compost bin since 2010, but the city is concerned that only about 50 per cent of residents are actually composting.

City workers open random garbage bags to show how much recyclable and compostable material ends up at the dump. 0:54

Maude Marquise-Bissonnette, councillor for the Plateau district and chair of the city’s environment commission, said the city is eager to see that number go up.

“We want to take any occasion that we can to inform people on what is compostable, what is recyclable, what really goes in the garbage, so sensibilization is really the key here,” she said.

“The idea is to reduce their capacity to put things in the garbage so they have to compost.”

No fines for rule-breakers

People living in apartment and condo buildings will now also be expected to compost, with bins to be delivered to them by July 15.

This is the latest step in the city’s plans to reduce the amount of waste that ends up in its dump by 45 per cent of its 2016 volume by 2020, in response to a provincial law that requires all municipalities to develop a waste management plan. 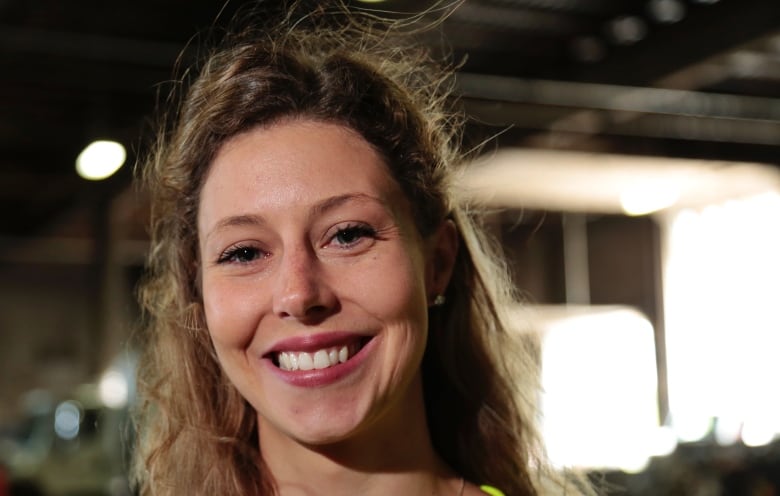 Maude Marquis-Bissonnette, chair of the City of Gatineau’s environment commission, says the city wants to make sure residents know what belongs in the trash bin and what doesn’t. (Marc-André Cossette/CBC)

Despite the challenges the city has had so far to get people to compost, Marquis-Bissonette said Gatineau won’t impose fines on residents who don’t follow the new rules.

Instead, the city’s environmental patrol workers will do spot checks across the city, leaving notices to customers who leave compostable or recyclable materials in their waste bins.

Gatineau has also placed a limit on how much garbage residents will be able to throw to the curb, capping it at 120 litres every two weeks.

That rule will only come into effect on July 15, 2019, Marquis-Bissonnette said, as the city has not yet awarded a contract for the new 120-litre bins.

Although the city expects to make exceptions for daycares and large families, other residents who exceed the 120-litre limit will have to buy separate bags for their garbage. 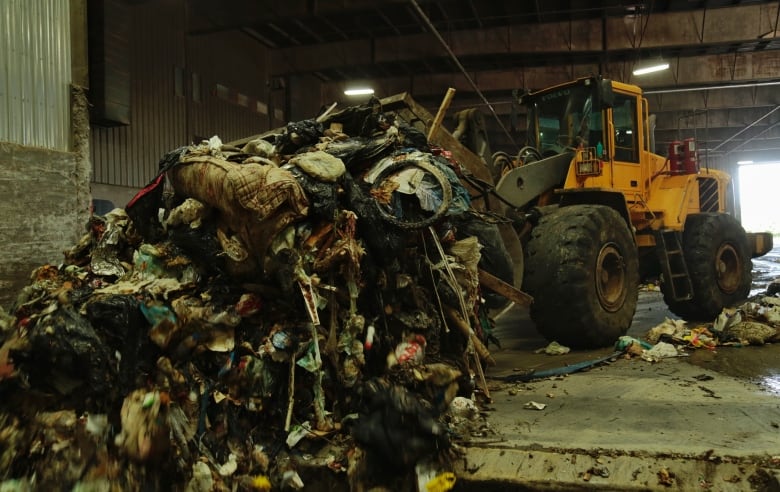 A worker at Gatineau’s waste sorting facility bulldozes a mound of garbage on Friday, including many items that could have been composted or recycled. (Marc-André Cossette/CBC)