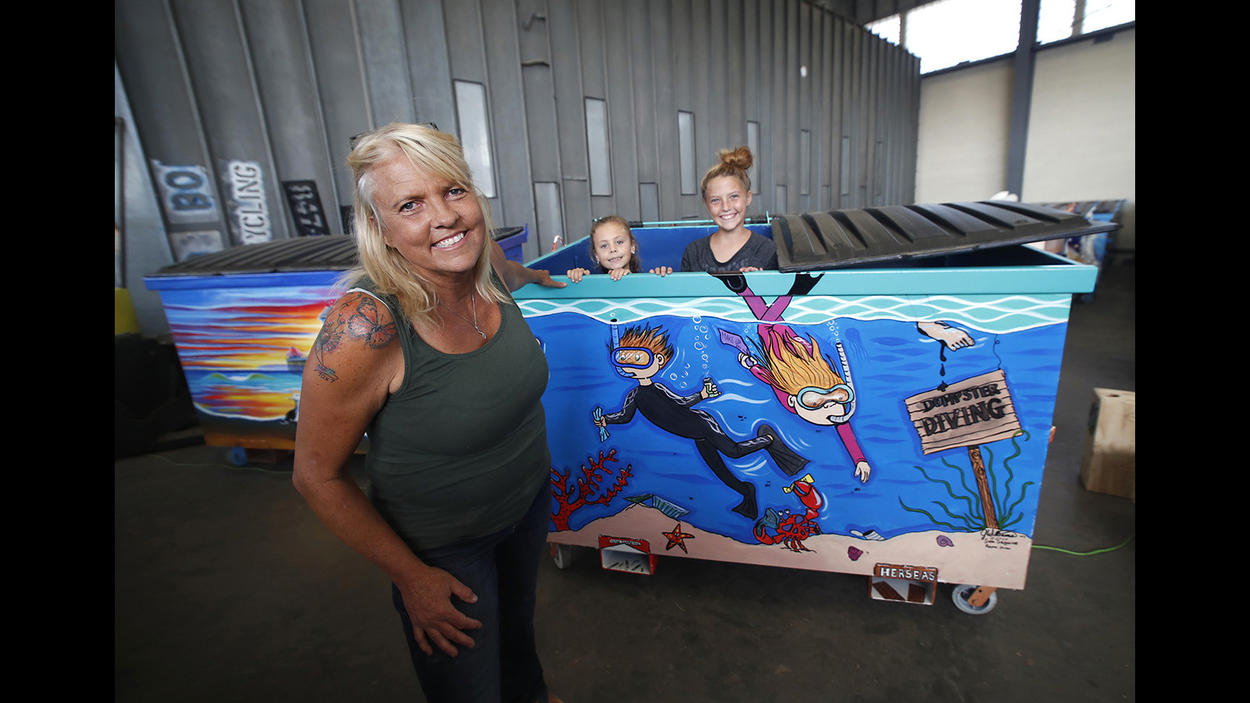 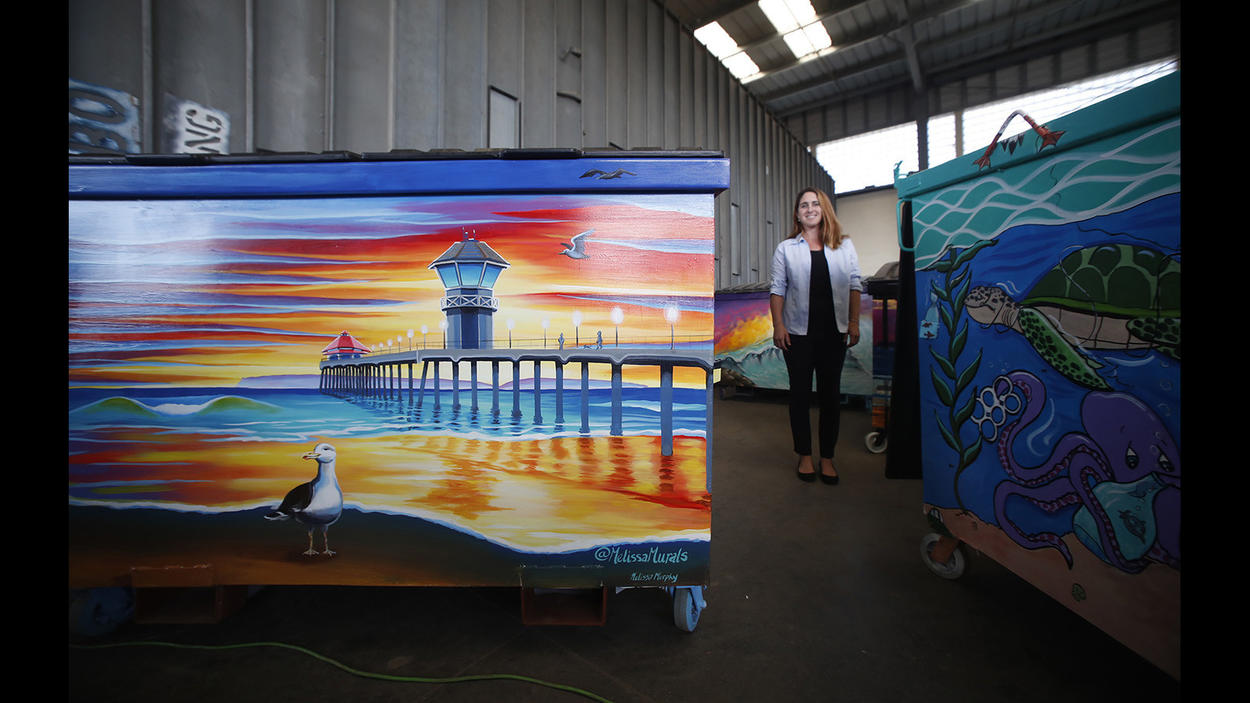 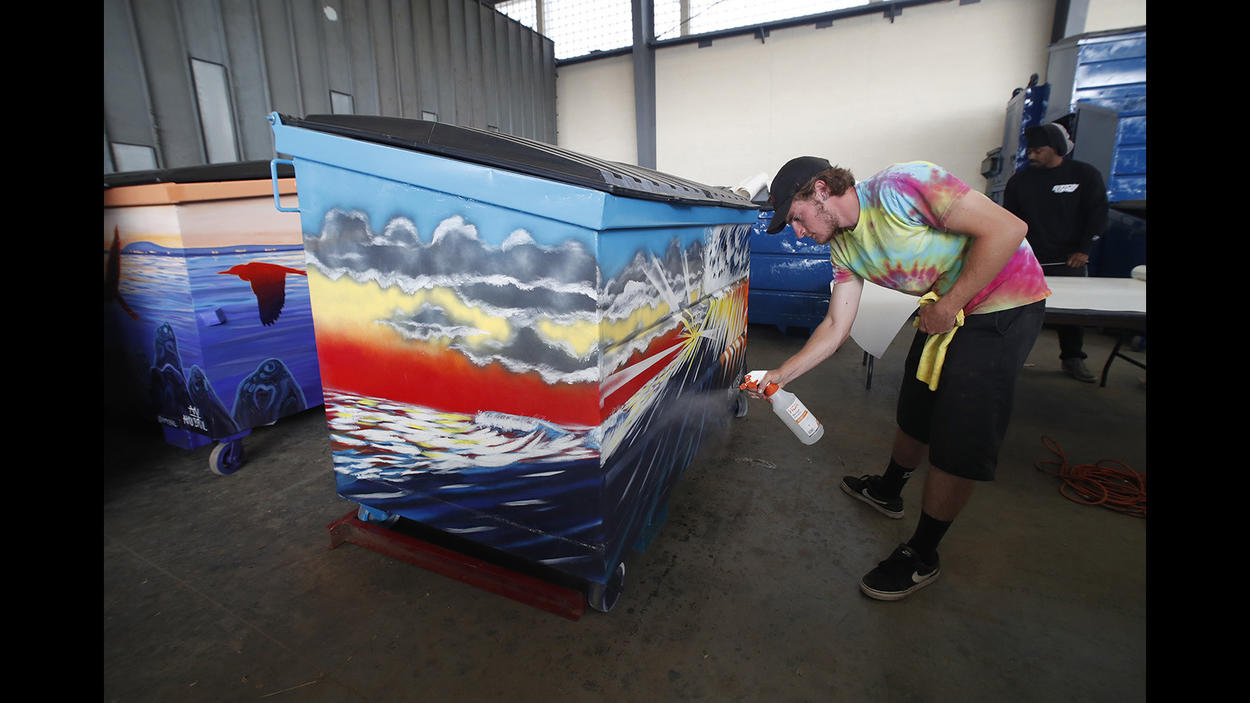 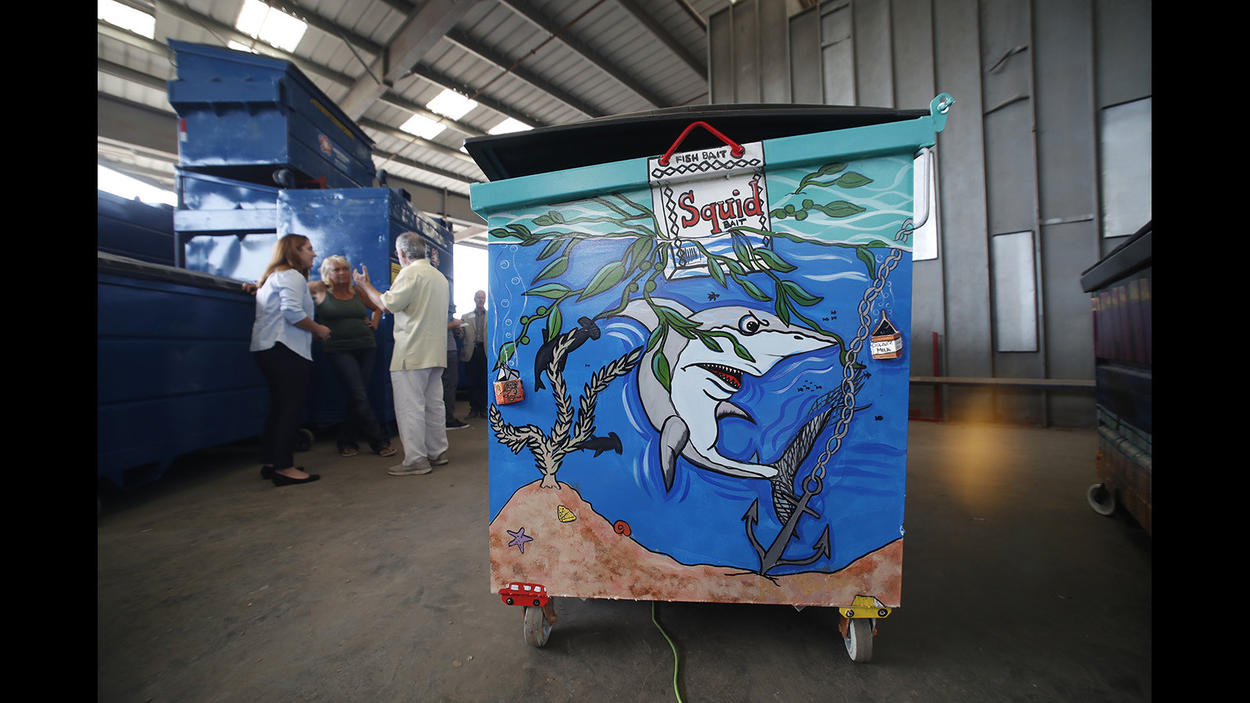 Artist Jody Williams’ waste container “Dumpster diving” is one of several entries for the Dumpsters on Parade in Huntington Beach. 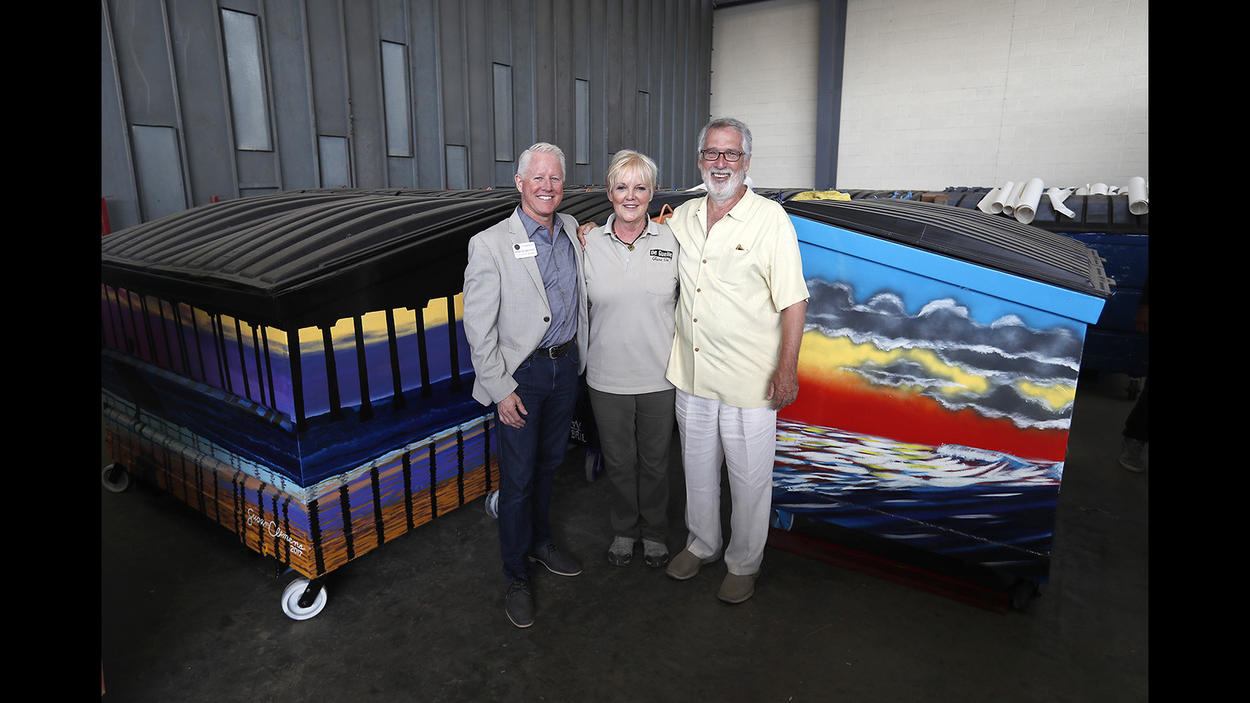 City Councilman Patrick Brenden, left, and Huntington Beach Public Art Alliance co-founders Barbara Haynes and Kim Kramer pose with some of the trash bins in the Dumpsters on Parade project.

Thirty bins featuring paintings by local artists will soon be placed throughout downtown Huntington Beach as part of an ongoing mission by the Huntington Beach Public Art Alliance to beautify the city.

The trash containers will be rolled down Main Street at 10 a.m. Saturday as part of the Dumpsters on Parade project. The artists who painted the bins will offer other pieces of their art for sale.

Kim Kramer, 68, co-founder of the Public Art Alliance, said city leaders will attend Saturday’s parade and that Mayor Barbara Delgleize will push one of the bins. The group is expecting thousands of people to turn out after an intensive marketing campaign, Kramer said.

Jody Williams, 53, who designed the piece with the trash-plagued ocean, said she hopes to convey a simple environmental message: People need to pick up after themselves.

The piece also is a homage to her family, as Williams employed the artistic talents of her daughter Samantha Seguine, 11, and granddaughter Rayna Duran, 8, for the project.

In her more than 30-year career as an artist, Williams has painted several public art pieces in Huntington Beach.

Another piece in Dumpsters on Parade depicts the Huntington Beach Pier at sunset. Artist Melissa Murphy, 33, grew up surfing near the pier and used the artwork to capture her memories of the “beautiful fall sunsets.”

Each trash bin will be coated with a special film to protect against graffiti.

The event also will feature a canned-food drive. Visitors who bring six or more cans will get a chance to win a variety of prizes, including lunch with Delgleize or Police Chief Robert Handy or a ride on a police helicopter.