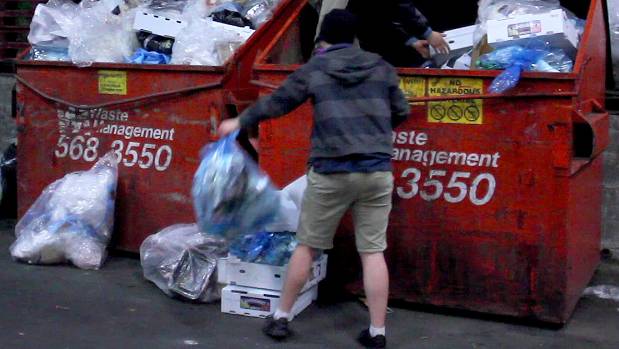 Dumpster diving is a good thing, but those who do it say it’s just food going to waste.

But the food waste from supermarkets is a “broken system” as some families can’t afford to shop, they say.

Wellington resident James Harris said he would dumpster dive with flatmates in Auckland every Monday night, and they called it “shopping night”.

Once they found thousands of salami sticks, another night hundreds of Ferrero Rocher chocolates, and another time, about 150 bottles of beer, he said.